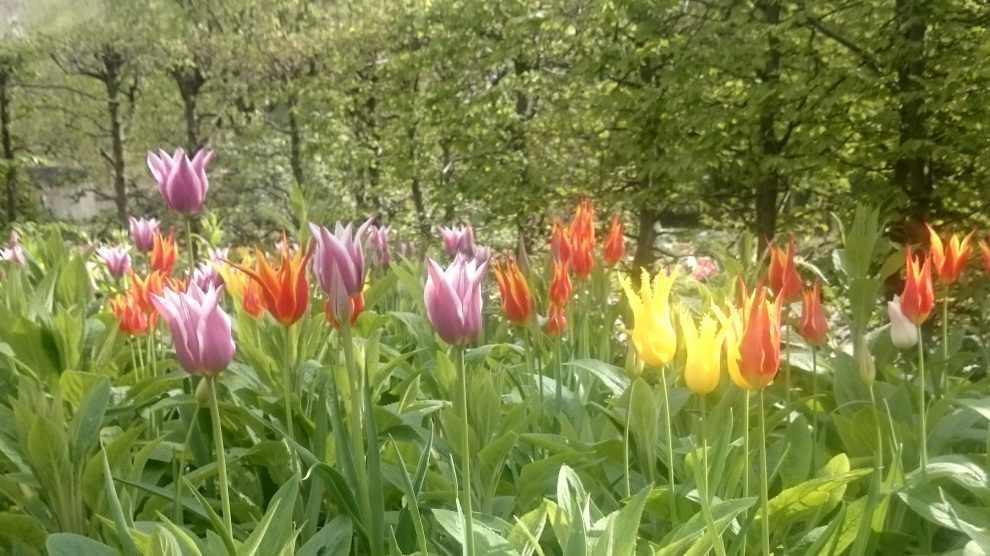 Around Easter, France’s chocolate shop windows are full of bunnies, chicks and eggs, and also chocolate fish and bells. Winged bells? I had no idea, either.

(Note: This is pretty much all you see for Easter in France. No peeps. No supermarket aisles full of cheap fluorescent colored “grass” for the plastic baskets. For the French, Easter is a religious holiday. Which means they get to go on vacation. It’s not the tacky, commercial, environmental disaster that I grew up with).

I learned years ago that the fish was the Poisson d’Avril (the April fish), which arrives on April 1 (kids tack a paper fish on your back as an April Fool style joke). The bells…well, I never really considered them, but I guess I may have thought they were the religious symbols of Easter.

But for the French and many other European Catholics, the legend of the Easter Bells goes back to the 7th century when the Pope banned the ringing of church bells between Good Friday and Easter. The bells fall silent in mourning for the death of Jesus, and start ringing again for his resurrection. That part all sounds logical. But then it gets pretty surreal.

Apparently these silent bells aren’t just hanging out in their church towers waiting patiently for Sunday to arrive. Nope, these are Cloches Volants, or Flying Bells. On Friday they fly to Rome, where they are blessed by the Pope and filled with chocolates and eggs, which are distributed to all of the homes of France as they fly back to their churches.

There are also some regions which have, over the years, adopted the idea that animals such as rabbits distribute these goodies. In Germany it’s a fox, in Alsace it’s a stork.

It all sounds pretty silly. But then again, how many kids in the US think that rabbits lay the eggs they deliver? Kids will believe pretty much anything, lol!

Would be interesting to hear about other strange Easter customs from around the world.