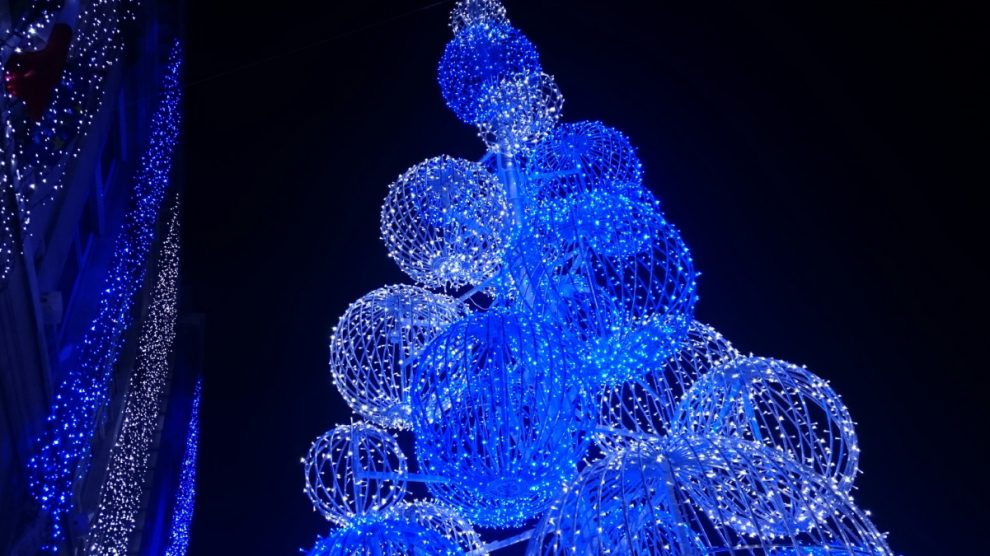 Still looking for ideas for New Year’s Eve in Paris? The city is full of bars, clubs, brasseries, restaurants, pubs, concerts, parties…Phew. It can be overwhelming at the best of times, never mind on December 31st. Whatever your idea of a good night out, there should be something in this round-up to help you see 2019 out with a bang!

There are no fireworks at the Eiffel Tower (that’s reserved for the Bastille Day Fête Nationale on July 14th), but there will be a “flamboyant” (this year’s holiday theme) sound and light and pyrotechnic show on the façade of the Arc de Triomphe starting at 11:30pm to ring in the New Year with a few thousand cheering people on the Champs-Elysées. It’s a free event open to everyone, but you’ll need to bundle up and be ready to walk to find available public transport or taxis afterwards (and note that alcohol and any glass bottles are banned on the Champs-Elysées for security reasons). Oh, and beware of pickpockets, who are out in force on New Year’s Eve!

Where to Dance Until Dawn

For those looking for something exciting to do indoors on December 31st in Paris (aka Le Réveillon de la Saint-Sylvestre or Nouvel An), you’ll normally have to shell out for the privilege of entering a night club, cabaret, booking a river cruise, or dining out with live entertainment. However these “special” nights are usually like any other night in Paris, just pricier and more crowded (and not necessarily with Parisians). You can find a bunch of dedicated clubbing “soirées” being promoted on this site at varying prices. La Bellevilloise in the 20th has two dance floors, one with swing music and one with Latin music. The veritable Parisian classic Caveau de la Huchette will be hosting their usual Swing & Rock Party with live musicians and dancing the historic jazz cellars of the Latin Quarter. Comfortable dancing shoes are a must whatever your age – don’t expect to stop dancing til dawn!

What do Parisians do on New Year’s Eve?

They tend to spend the night with their friends or family, at private parties, or by enjoying Paris shows at the Opera de Paris or one of the many Parisian theatres (check out Theatre in Paris for shows with English subtitles). The cabarets like Moulin Rouge and Lido are for the tourists, and charge the prices to match. Parisian cinemas are also open every day and evening including holidays, for regular prices, although the films aren’t announced until the week before.

Although it’s not the 31st, on December 26-29 there’s a free alternative dance party under a tent on the Place de la Concorde (1st) from 5pm until midnight, with dance “classes” from 5:30-6:30pm, live music 8-9:30pm, and DJ music from 9:30pm-midnight. Another tent at the Place de la Bastille (4th) is hosting a free “Bal Populaire” the same dates from 7pm-1am, with family-friendly live music and DJs. There will be a few food trucks selling snacks and beverages in both locations.

Getting Around on the Holidays

Normally the Paris metro runs until 2:15am on the eve of holidays including Christmas and New Year’s. After that, you will need to take a night bus or one of the few metro lines running all night (main stations on lines 1, 2, 4, 6, 9 and 14). The Paris metro, busses, trams and RER lines are free from December 31st at 5pm until January 1st at noon. You can also try to find a taxi or Uber, but not only will many streets be closed and – at least around midnight – cell phone networks saturated, you will be competing with thousands of others all trying to get home at the same time. If you plan on being out late, consider staying within walking distance of where you’ll be sleeping that night, or try to stay out at least until 1:30am before attempting to find transport.

And for the day after: What’s Open on Christmas and New Year’s Day in Paris

Don’t forget to check out the Secrets of Paris Calendar to see other events going on during the holidays.