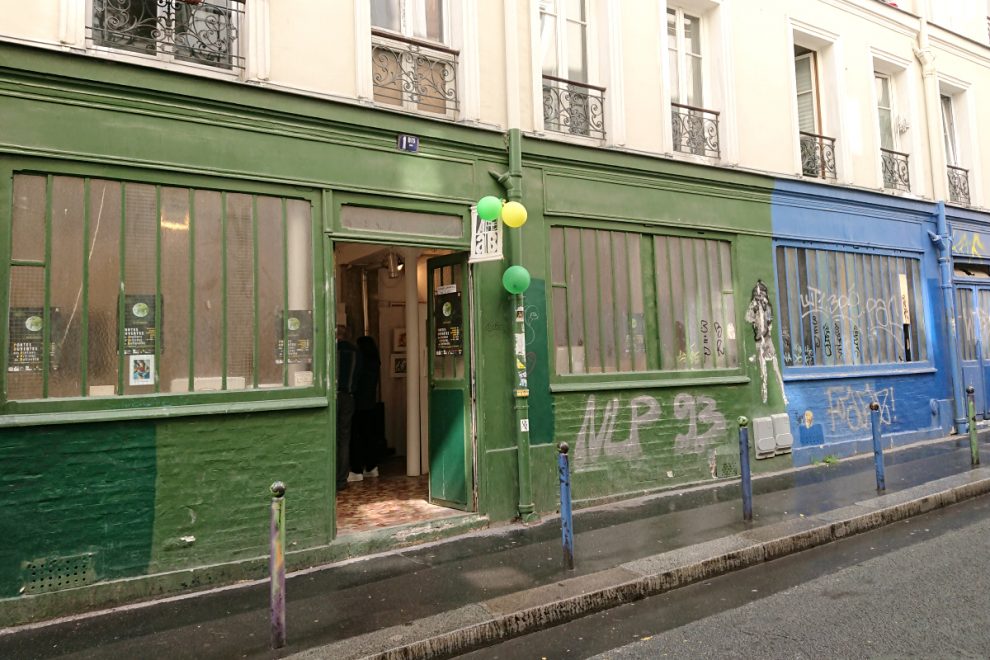 Belleville has more artists than any other district of Paris, and every May they open their ateliers to the public. Many of them are in squatted or temporary buildings, often surrounded by greenery and graffiti that you wouldn’t find elsewhere in Paris. Here’s a peek:

The entrance to La Forge on Rue Ramponeau, where a huge mural decorates the wall on the way to the building where over a dozen artists work.

The Miroirterie on Rue Menilmontant (at the crossroads of Rue des Cascades) is still an illegal squat, but several well-known artists use the old garages as ateliers (here, a sign by KTÜ).

Another view of La Miroirterie. On Sunday nights they’ve started hosting punk concerts. How long the neighbors will put up with that is anyone’s guess…

Despite the symbols carved into the walls, the gang at La Miroirterie are actually very friendly. 😉