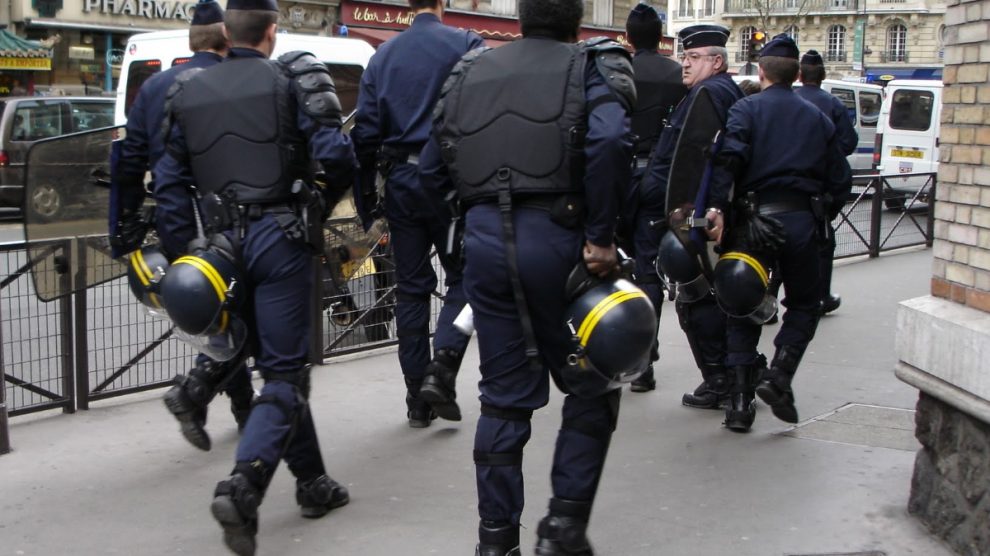 France has been in the international news more than usual these days because of strikes and terror alerts. If you’re planning to visit Paris with your friends or family, you may be wondering if you should cancel your plans. Here’s the lowdown from someone who’s living through it daily.

Whether you’re an average Parisian worker or just visiting, I’d be paying close attention to the rolling strikes scheduled to begin October 12 for an “indefinite” period of time. So far, only the RATP (metro, bus, tram) are on board for the strikes, while the SNCF (regional and national trains) are still making up their mind. Unless you can walk to work, you’re going to be a very unhappy camper. And since only 2.9 of the 12 million people in Ile-de-France region actually live within the périphérique of Paris, you can do the math on how many commuters this affects.

For those of us living in the city center or who work from home, strikes are only a mild annoyance. Half the time I don’t even notice them, and I take the bus and metro almost everywhere. The other half of the time I’m trying to figure out how to get my tour clients from the airport to their hotel, or how to get them around Paris without for a tour without using the metro or private cars (after all, the traffic on strike days is usually deadlocked). And long walks, even through a city like Paris, can get tedious in the cold and wet month of October.

Do tourists pay attention to strikes in France? Sometimes they don’t have a choice. When the air traffic controller’s strike means their flight is cancelled, or they stand hours in line for taxis because there’s no trains into Paris, they certainly notice. If you’ve arranged for a shuttle (smart) and have a hotel in the city center (even smarter), you won’t have to worry much. You may even get to see a colorful French parade marching around if you happen to be in the eastern Paris neighborhoods (Bastille, République, Nation, Place d’Italie…). You’ll get great photos of riot cops (who are there to maintain order, just don’t get in their way) and maybe a red sticker with some lefty French slogan on it from a protester.

And what’s this all about, anyway? It’s about the retirement reforms. France has the most generous State retirement benefits in Europe, and the lowest retirement age, at 60 (it was 65 until 1981 when President Mitterrand changed it). With a huge population about to retire and a smaller population entering the workforce, you don’t have to be a mathematical genius to realize something needs to be done. Sarkozy is digging in his heels, and now the unions are following suit by trying to yell louder into their bullhorns (usually under my window…I wish they’d do it in Sarko’s neighborhood, not mine).

If you care to know what the fuss is all about, here are some articles in English:

And now we’ve got the US issuing a vague terror alert, warning Americans to stay alert and avoid crowded places (public transport, airports, tourist sights) in the entire continent of Europe because of an imminent threat of terrorist attacks. Okay. but that’s what most Parisians have been doing since I first moved here in fall 1995.

After terrorist bombings in the St-Michel metro and outside the Maison Blanche metro (both close to where I lived at the time), the country enacted the “Vigipirate” security measures around all public buildings that could become targets. The most noticeable of these changes was that all of the public poubelles were sealed up. I thought there was some secret button I had to push to open the trash can, mais non. We had to pile our trash on top until they were replaced by the transparent green plastic bags hanging from metal rings, like big green condoms (with the words “vigilance” and “propreté” on them to explain why such a beautiful city would have such ugly trash receptacles).

These are still here, 15 years later. As far as I know, there have been no trash can bombs since then.  Vigipirate also means that unattended bags and packages are summarily blow up by the police. I was at Roissy-CDG airport in 1999 picking up some of my wedding guests when the police asked me if the black trash bag sitting next to me was mine. I thought it belonged to the girl on the other side. We were all asked, without drama, to move to the other gate, and a few seconds later a loud bang was heard. Then we all walked back and took our places in front of the Arrivals door.

Another thing I have seen in France since the moment I arrived are the presence of machine-gun-toting military police at airports, train stations, and all major tourist monuments. I don’t know what it was like in the metro before 1995, but I have grown used to the “Vigipirate” reminders on stickers, on the monitors, and in recorded announcements in the metro since I’ve lived here. And every once in awhile the police surround Notre Dame or the Eiffel Tower with police tape and make everyone stand back while a bomb threat is investigated. These have never made the news. What I’m trying to say is that, despite the alert, nothing has really changed in Paris.

Not that there isn’t a threat. Paris has been on Red Alert (the second highest security alert) since the 2005 London bombing, but the danger hit closer to home when the 78-year-old French aid worker Michel Germaneau was executed by his North African Al-Qaeda kidnappers in the Sahel in July after French and Mauritian forces trying to rescue him killed six of his captors. Since then, more French workers in Niger have been kidnapped by the Maghreb Al Qaeda in the past month, and French nationals in that country repatriated by the government as a security precaution.

Et Alors? Should You Come to France?

I would suggest what I normally recommend to visitors anyway: be alert to your surroundings when taking crowded public transportation, and stay away from major tourist sites. Think of it as a great excuse to avoid the crowds at Versailles, the Eiffel Tower and Notre Dame to explore the quieter, hidden treasures of the city (if you need a guide, you know who to call).

And if I was the Boss of the World, or had a powerful bullhorn I could use from my 7th-floor window, I would tell the RATP strikers to stop making the terrorists’ job easier! Seriously, am I the only one who thinks it’s not such a good idea for the metro to be on strike when it pretty much guarantees it will result in large crowds of commuters being crammed onto the tiny metro platforms waiting for “1 in 4 trains”? Maybe something about strikes just brings out the American in me, but I think it’s time for Sarko to get out the fire hoses.