Home » Commentary » Scared of coming to Paris this Spring? Some perspective… 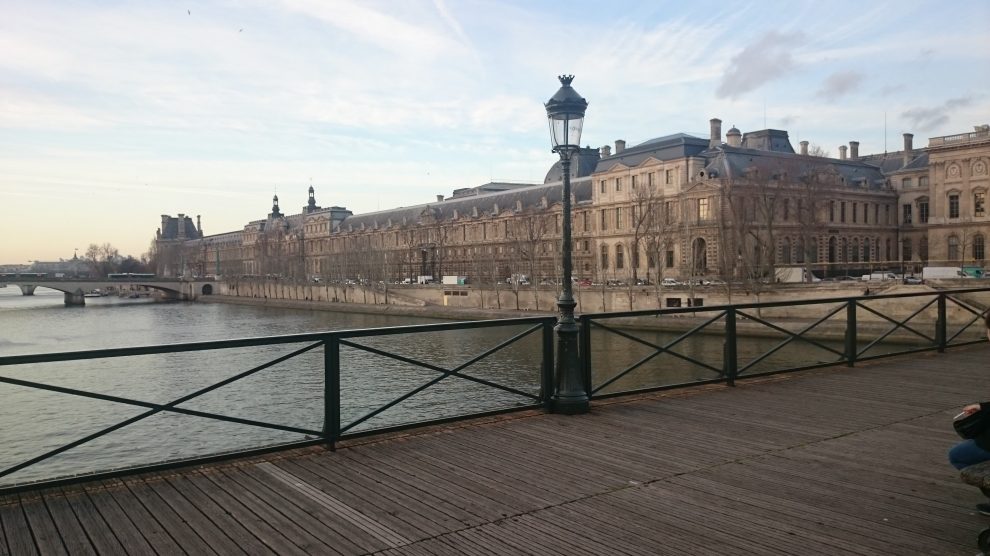 France has had a tough spring for tourism. The terror attacks in Brussels spooked people into cancelling their visit, strikes and protest marches in response to the new employment law reforms have slowed train service and blocked gas stations, and record-breaking rainfall has caused flooding and the delay of the French Open. From afar, Paris must look like a total mess.

There are some serious problems that I don’t mean to minimize, but for visitors to Paris there’s no reason to be unduly alarmed. In fact, within Paris you wouldn’t even know anything is out of the ordinary if you didn’t watch the news. Okay, the rain is hard to miss this week, but public transportation in the city is working normally, and the protest marches are contained within specific designated areas (usually far from anywhere tourists would go anyway).

Wednesday the 25th May, with the Travel Writing Workshop participants at the Marché d’Aligre.

In fact, I’ve had a half-dozen tours and a week-long travel-writer’s workshop over the past two weeks, and none of my clients was inconvenienced by the events (again, except for the rain if they only packed summer clothes). The protest marches get the most press because they look scary and exciting with riot cops throwing tear gas and masked protesters throwing Molotov cocktails. But most Parisians just roll their eyes and go back to smoking on a café terrace; they’ve seen this before, and it always blows over.

Capturing the absurdity of the situation perfectly, freeze this news video below of the protests at 1:46 and you’ll see a colorfully-dressed man on the right of the screen who’s obviously having a good time posing for the cameras (although I now realize he was just trying to warn us all of the coming floods).

You can watch a longer video here showing that same protest march, in the 6th arrondissement, where for over an hour the riot police and the workers’ union protesters (the ones with red flags and armbands) are throwing tear gas canisters, fireworks and flares back and forth. For you Americans out there, keep in mind that despite the scary-looking mob, ONLY the police have guns. No one else has guns. That’s probably why you’ll also notice in every shot there are spectators watching from the sidelines, more excited to record the “action” on their smartphones than worried about actually getting hurt. At 4:08 you see tourists inside La Rotonde taking photos from the windows (until the waiters wisely move them away).

Usually protests marches are a noisy but harmless way for the French to let off some steam. But the police, who make all public protest marches possible by blocking traffic and maintaining order, have been getting so annoyed at the “casseurs” (basically the trouble-makers who show up to any protest march just to pick fights and break stuff, as well as the growing violence of the union protesters) that they held their own protest the next day. In this Associated Press video below note how the cop whose car has been attacked and set on fire with two officers inside doesn’t even bother to un-holster his gun in the face of the idiot who’s still swinging a metal rod at him (five protesters have been identified and arrested since then).

To sum it up, as I wrote in Newsletter #68 during the “riots” of 2006, “Don’t worry about canceling your trip to Paris until you see me posting photos of my airlift to safety from the roof of the American Embassy.”