Home » Commentary » Locked Out of Paris 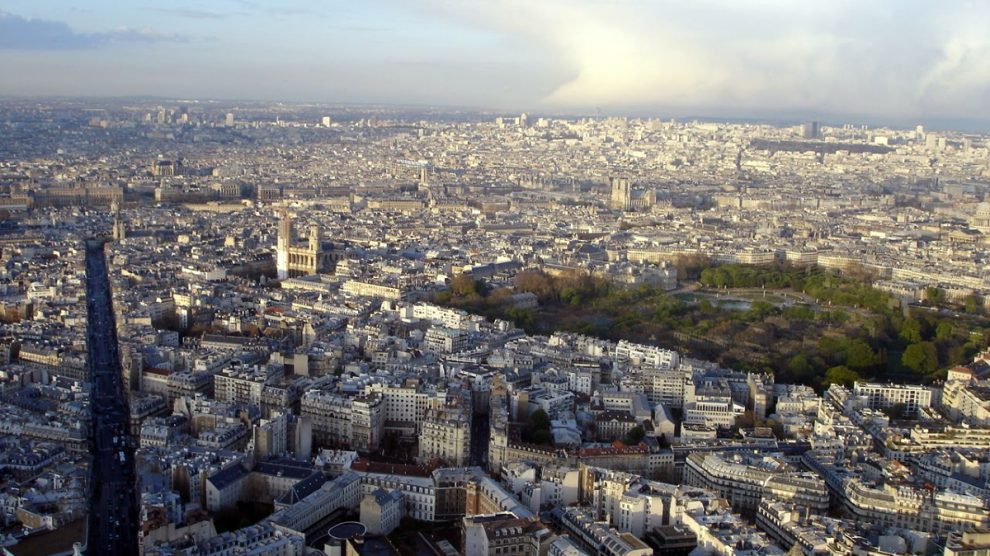 Secrets of Paris contributor Anne Daignault writes about what it has been like in lockdown stuck in Florida while her beloved Paris apartment remains empty and she misses her friends in France.

When I left Paris in November 2019, I didn’t expect to be able to return to my studio apartment until March. Four months away from Paris and friends seemed an eternity, but Florida’s warm weather, time with Dennis, and our funky cottage in the art community of Gulfport beckoned.

News about coronavirus began to appear on our radar screen in February, soon after we arrived in Florida. When we met neighbors on the street, many retired and over 65 like us, we laughed together about the label, “old.” What a joke. We didn’t feel especially old and certainly didn’t want to hear we were vulnerable to this disease, news we saw then as a pinch of age discrimination.

I made a trip to the supermarket to stock up, just in case. As I recall, no one at the crowded market was wearing a mask, myself included. The dire prognostications making late-night talk shows began to sink in when I stood in front of the empty toilet paper shelves.

Next, the Council on Aging canceled my Tai Chi. Jon Arterton, the Musical Director of The One City Chorus in St. Petersburg, canceled our weekly rehearsals (in hindsight, a smart move). We decided not to attend the Sarasota Jazz Festival scheduled for March 8, despite the fantastic line-up. France went into lockdown on March 17.

It never occurred to me then I would be sitting at my desk eight months later while my apartment in Paris gathered dust, the curtains drawn, and small critters taking up residence in my absence.

Even after I learned about the lockdown in France, I couldn’t bring myself to cancel my March 29 flight to Paris. I didn’t have to – Delta canceled most flights to Paris a week later.  To cheer up, I made a reservation to return to Paris at the end of May, in time for my friend Isabelle Perruchot’s 80th birthday.

We settled into Florida’s version of confinement, a stay-at-home order. We had food delivered, learned how to use Zoom, and took walks with our masks on, stopping to talk with neighbors sitting on their porches, just as we enjoyed their occasional stops in front of our house to ask if we were OK or needed anything. We listened to the news every evening. It was chilling. Even France, with its strict prevention efforts, was suffering, its virus numbers rising.

Confinement in Paris was much stricter than in Florida. Apartment living made it that much more confining. Even so, my French and expat friends seemed exceptionally resilient. When the sun came up over the rooftops, my friend, Lisa Anselmo, author of My Part Time Paris Life, donned sunglasses to sit in front of her window to catch some vitamin D. She started a daily blog about her confinement and entertained with a song every Monday.

Heather Stimmler – you know her – got out her ukulele to serenade her neighbors in the evening. Patty Sadaukas got the last train out of Paris to Nimes to take up residence in a larger apartment there. Shortly after her arrival, two neighbors in the building showed up to ask her if she needed anything, making her feel much less alone. Adrian Leeds, forced to give up her daily trip to her favorite cafe for lunch, took up cooking again. She never once missed a publication of her two weekly newsletters on life and real estate in France. My Perruchot family, in Blois and the suburbs of Paris, hunkered down and were doing well until Michel contacted Covid-19. Isabelle had an anxious time until he recovered and is now regaining his strength. Their daughter, Valerie Perruchot-Garcia, working from home, began a diary to chronicle life in confinement with grown children home.

I wondered if I would be as resilient, but yearned to give it a try.

Photos of Paris during confinement were astounding. With empty streets and no one in sight, it became easier to imagine Paris at different times in its history. I would super-impose a scene from the 1920s and 30s when my dad lived and went to school in Paris. I saw the jugglers and dancing bears in St. Germain de Pres, ladies and gentlemen walking in the Luxembourg Garden, where my dad sailed his model boat. But most of all, I just wanted to be there – now.

Each day, I read The Forum, a newsletter for expatriates. In addition to news items, it kept track of the restrictions on travel in and out of France. I watched to see if and when travel restrictions would loosen up. Even today, second homeowners living outside France may not return. In April, I sold my house in the States. Now my Paris apartment is my primary and only residence, but without a long-term visa, I’m stuck outside France. I went online to begin the process of applying for one only to learn the French consulates are closed and not processing visas.

Isabelle’s birthday passed, her celebration postponed once again, and the May and June tickets to Paris canceled. Now the confinement has been lifted, my friends in France can sit on a cafe terrace for an apero. It’s still closed to me, but maybe in 2021 I’ll be there with them: á bientôt, Paris.

Can You Wear Shorts in Paris?
Paris Partially Re-Opened: Yay! But…