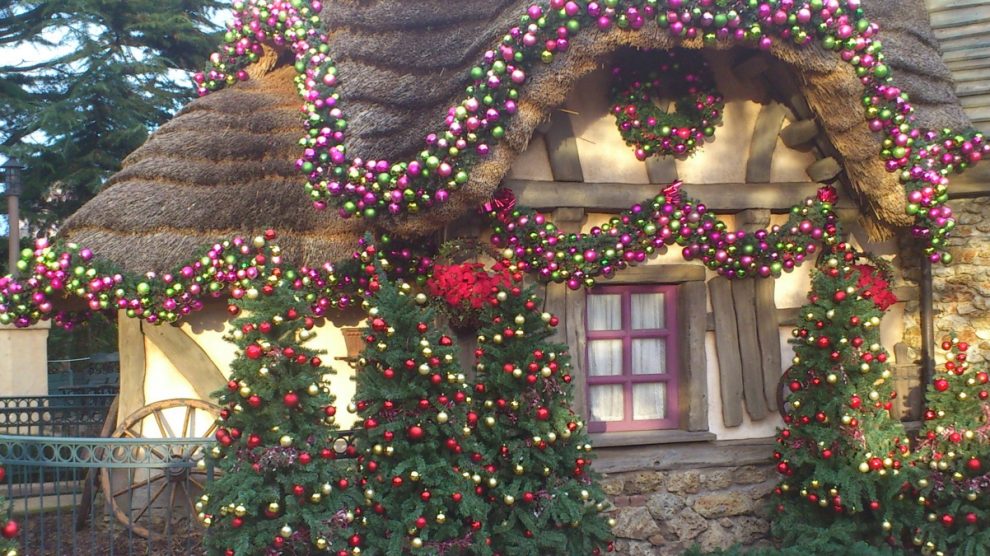 As nice as it is to go home for the holidays, if you’re stuck in Paris and feeling homesick, there’s no better place than Christmas at Disneyland Paris! Yes, it was a bit chilly, but the decorations were gorgeous, and it even “snows” on Main Street (just flurries, but they’re pretty and it’s fun watching the kids try and catch snowflakes on their tongue).

Since it’s the 20th anniversary of the park (the 10th anniversary of Disney Studios next door), each evening is concluded with a spectacular multimedia show, Disney Dreams, which I wrote about in my last newsletter — totally worth staying until the end! The Christmas decorations and Disney Dreams show will be on until January 6th.

You can buy your tickets online a few days in advance to get better rates than at the gate, but the best deal of the moment is through FNAC: a Family Pass for one day, two parks (both Disneyland and Disney Studios) is just €114 for three people of any age, so you can be three adults, valid any day except December 31st, through February 28th, 2013. You can also get a regular day pass for both parks for one person for €45, good on the same dates. You can buy these at FNAC if you don’t want to navigate their website.