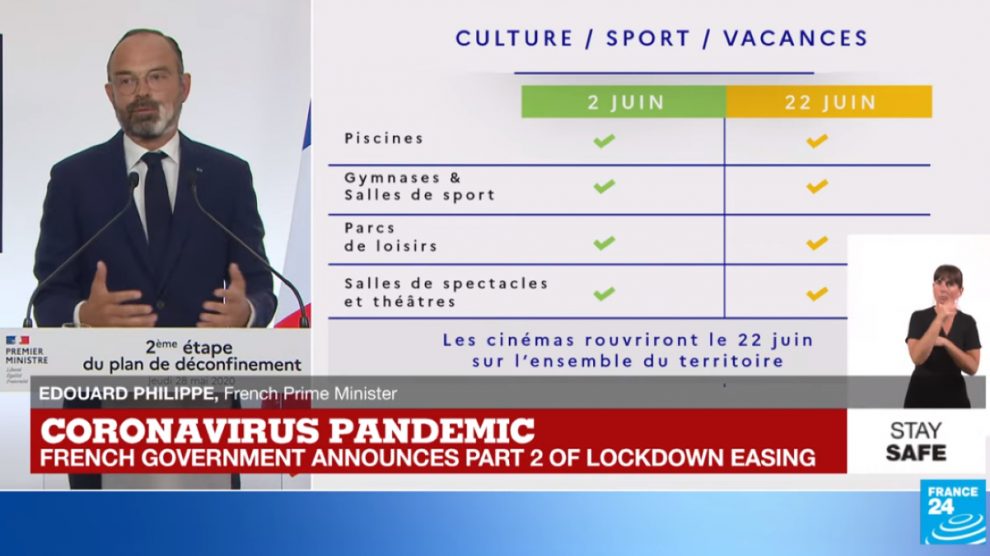 On Tuesday June 2nd France will be taking another step towards freedom from the Coronavirus confinement measures that have been in place since March.

Today Prime Minister Edouard Philippe (sporting a progressively whiter asymmetrical stripe on his beard) laid out the plans for “Phase 2” of deconfinement, starting with the announcement that all of metropolitan France is now in the “Green Zone” except for the Ile-de-France (including Paris), which is still “orange”.

That means some things are going to change for all of France on June 2nd, and some things won’t change in the orange zones until June 22nd (aka “Phase 3”). Some of the rules are still in place nationwide until further notice.

Confused yet? Here’s the Lowdown

What Changes for Everyone June 2nd EXCEPT for Paris/Ile-de-France (not until June 22nd):

Many Safety Measures Remain in Place:

The Prime Minister congratulated the French for generally behaving and following the Phase 1 deconfinement rules that came into effect May 11th. Since there hasn’t been a relapse, the French — but not the Franciliens — will be able to breathe a lot more freely starting Tuesday. Here in Paris you can bet the café terraces will be inundated by all of the locals…at least those who haven’t immediately left town for the beaches!

Where to Get Travel Vaccinations in Paris

Lockdown in Paris: Day 50 – The Harvest