Home » Practical Paris » Getting Around » Navigation for Newcomers and Near-Natives 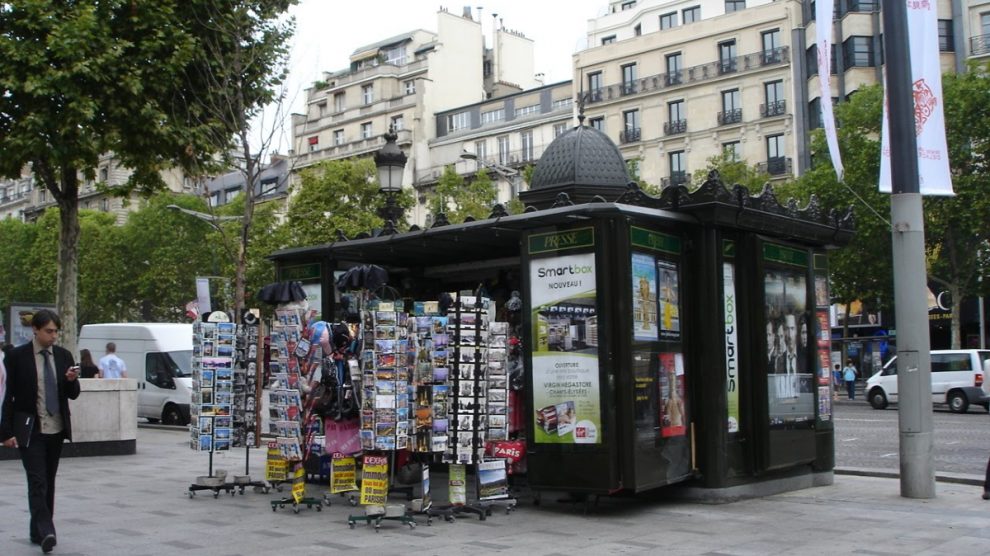 Where do I go to buy baking soda? Is the Thai restaurant next door any good? What new shops have opened? Which museums are closed for travaux? Where’s the American Library? How do I get into that club? Where can you find the Dutch community in Paris? How do I start my own business? Is my neighbor allowed to start hammering on the walls at 8am on Sunday?

These are questions that baffle even the natives at times. Paris may be deceptively cosy, but this is a big city and there’s more going on under our feet and above our heads than anyone can ever keep track of. Today’s guide is tomorrow’s garbage. To keep abreast of the latest news and events, forget the next ‘issue’ of that magazine or last year’s Let’s Go, and check out the best of Paris on the web! There’s a site for every one of your needs whether it’s weather, clubs, banking, poets’ societies, finding romance, local gossip, learning the history of the Metro, or where to sell your English books and that old computer. In fact, so many businesses have their own web sites in Paris now, that you may wonder where to start.

The easiest way to quickly find enough info to make your eyes bulge is to look under the Paris in a Nutshell links. The City of Paris is the tourist bureau’s official web site, with virtual monument tours and lists of all of the State-sponsored events in Paris. Paris-Anglo is a busy site with a lot of good information for newcomers to Paris, run by the writer David Applefield. The Paris Pages has practical information on transportation and schools, an interactive map, and e-postcards of Paris. The TimeOut, Paris-France Guide, and The Voice are electronic versions of periodicals that come out on a monthly or quarterly basis, with restaurant, cinema, events and arts listings. Paris-France Guide publishes the What’s Up, Living in France, and Blvd Europe. Their old webmaster has just gone back to his home country, so they’ve been a bit slow in updating this month, but stay tuned. The Paris Free Voice is part of a larger website called Think Paris, where you can find the adorable French mini-book “Où s’embrasser à Paris?” translated into English (“Where to Kiss in Paris”). Most of these sites have chats, forums, classifieds and articles about life in Paris. Some are very commercial (Paris-Anglo, Paris-France Guide, and Time Out), and many throw so much stuff at you that you could become quickly submerged in the over-helpfulness of it all. If you just want a quick snap-shot (including his own snapshots!) of Parisian life without too much technical info, check out Ric Erickson’s Café Metropole. He claims it’s for the tourists, but I like the non-cynical humour of this transplanted Canadian.

For the straight news, the Paris-based International Herald Tribune is on-line, as well as the politics-free Tocqueville Connection (which has a groovy currency converter, and a place to search for Paris residents’ phone numbers). If you’ve been in Paris long enough, you may not need to read the Anglophone news anymore, but you shouldn’t miss the weekly Good Morning Paris. It’s my new favorite site because of its perfect combination of in-depth news on everything and entertaining gossip and articles. It looks great, and although it packs loads of up-to-date information onto its site, it’s not cluttered. If a site could get six stars, this one would have it.

Feeling good about your French? A few French publications can be found on-line, including Libération, the business and financial news of Les Echos, Le Parisien, The Paris Match, or Le Monde, with audio and video, if your computer can take it.

If you still can’t find what you need, let me know, and I’ll either help you find it on the web, or log off and go out on foot to find the answer!* Then once you’re all informed and ‘in the loop’, unplug yourself and get out there and have some fun! After all, you didn’t come to Paris to surf, did you?

*Just don’t ask me how to find a furnished apartment in St-Germain-des-Pres with a full bath, American kitchen, two bedrooms, and a balcony on the inner courtyard, for 7000ff a month. Why? Stay tuned for my crazed rantings on renting a flat in Paris: “Room with a…Phew! What’s that smell!?”

Originally published in October 1999, this snapshot of the many online resoures available in English back in the late 90’s is almost completely obsolete now; so many great informational sites have stopped publishing. The aside of a news site “with audio and video, if your computer can take it”  reminds us of how slow the internet was back in the dial-up days. I still stand by the final recommendation that if you want to know what’s going on, nothing beats getting outside and researching on foot: “After all, you didn’t come to Paris to surf, did you?”