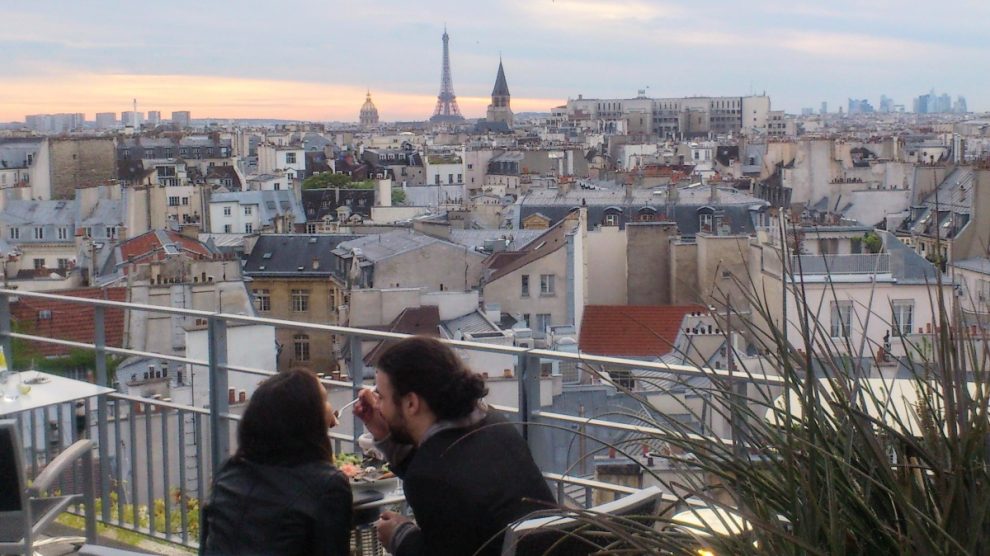 There are many blogs by American expats in Paris that like to point out all of the “weird” things about France. Things that the French, of course, don’t find strange at all, for example:

– The toilet is always separate from the bathroom

– They put the bread directly on the table, next to the plate, when eating

– They wear scarves even in the summer, with a t-shirt

– Medicine is all behind the counter at the pharmacy

What most Americans don’t realize is that the French living among them in the United States also find a few things to be rather strange.

The website French Morning often covers these topics (but only in the French version of the website, written for French expats in America; the English version seems to be more targeted to Americans who are interested in France). Some of the recent topics, with explanations, include:

Why is it so hard to find UHT milk in America?
UHT milk is High-Temperature Pasteurized Milk that doesn’t need to refrigerated until it’s opened. Over 90% of the milk consumed in France (and Spain) is UHT. It was developed in the 1960s by Tetra Pak. It never took off in the US because supposedly Americans were still nostalgic about the fresh milk delivered right to the front door by the milk man each week (which I remember in the 1970s when I was a kid), milk that had to be conserved in the fridge because it was only lightly pasteurized and, as you know, goes bad even if unopened after a few days. The gigantic American refrigerators also made it easier to stock a few gallons of fresh milk, whereas in France most people had (and still have) very small refrigerator. So it’s mostly out of convenience that it developed in Europe and not in the US.

Why are the pump hoses so short in American gas stations? In France, it doesn’t matter which side the gas tank is on because you can stretch the pump around to the other side of the car (it helps that most cars are pretty small in France). Supposedly in America that’s considered a health hazard (someone might run over or trip over the hose). It also reduces the amount of gas remaining in the tube when you’re done pumping. And…according to the French Morning source, it’s cheaper for the manufacturer to make them shorter. Of course.

Why do Americans adore white teeth? I thought that was a polite title, I would have written “Why are Americans obsessed with artificially bleached teeth?” It’s an 11 billion dollar industry, which according to the author of Anatomies: A Cultural History of the Human Body, was built by dentists intent on selling us the idea that your teeth reveal your socio-economic status. Hollywood really got the ball rolling because teeth that weren’t pure white (and few are, naturally) looked grey in black and white films, so they made the actors wear dental prosthetics, and the “Hollywood smile” was born! I asked my dentist here in France about teeth whitening, and he actually talked me out of it, saying “I can do it, but it will cost a lot, you’ll have to keep doing it every year, and it might make your teeth more sensitive or damage the enamel.”

Why isn’t the tax included in the price on American products? In France, the price on the sticker is the price you pay, it includes the tax. Which makes it awkward for French people in the US who, when buying something for $49.99, pull out a $50 bill and end up scrambling for the extra tax due. The short answer to the reasoning behind this is that in the US each state has a different tax rate, so manufacturers only put their non-taxed price. Convenient for them, not consumers. Also, it’s in the stores’ best interest to make shoppers think the price is cheaper than it really is, thus the whole “.99” pricing scheme. Convenient for them, not for consumers. But that’s the way it has always been done, so voila.

Another interesting article “Le credit score pour les nuls” explains the idea of the “Credit Score” to the French. I saw this just a few days after an American who was visiting me mentioned something about my credit score in France (since no one has credit cards, just debit cards), and I hesitated before I said, “I don’t think there are “scores” in France.” So this article confirmed my suspicion that the credit “score” is indeed an American thing. As far as I can tell in France each person’s “viability” for credit (like house mortgages) is individually judged without and public posting of scores (when renting a place, they can only ask for proof you have a job or income, not whether you’ve paid your bills). Then again, it’s hard to ruin your credit in a country that doesn’t give you any to begin with!