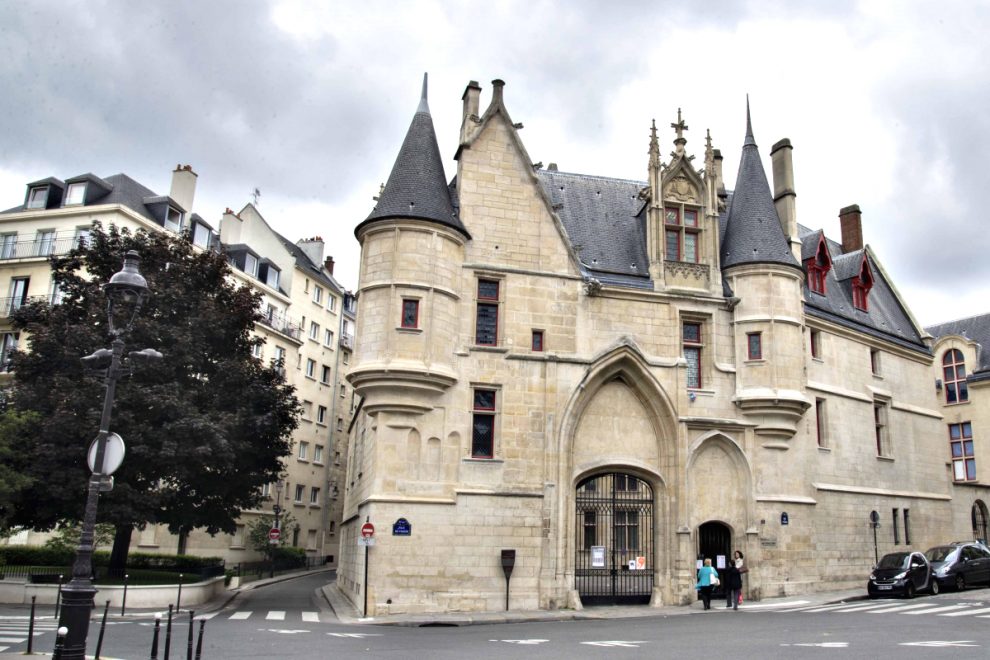 The 15th-century Hôtel de Sens is one of the few remaining examples of medieval civil architecture in Paris. It was originally built by a bishop, but its most illustrious resident was the first wife of Henri IV, Reine Margot de Valois. After the 1789 Revolution it was sold off and used to house different businesses over the years, which slowly degraded it until it was finally declared a historic monument in 1862 and became home to a library, the Bibliothèque Forney. It was purchased by the City of Paris in 1911 and slowly restored to its former glory.

Today the Bibliothèque Forney houses the city’s special collection of decorative arts, crafts, and applied arts (fashion, design, graphics). It’s known for having the largest collection of historic posters in France, as well as wallpapers, postcards, and textile samples. To peruse and check out the collections (you can regularly see interesting glimpses of them displayed on their FB page), you’ll need a municipal library card for Paris’ specialized libraries, however to get this you’ll need to be a Parisian resident (proof such as a resident Visa if you’re not French).

Visitors without a library card can enjoy the free exhibits in the Gallery, open Tuesday-Saturday 1-7pm. The current exhibition through July 13th features the colorful and whimsical work of the French illustrator who studied under Matisse, Jacqueline Duhême. There are free tours of the exposition (in French) every Saturday at 3pm. Note that it’s closed for municipal holidays May 30th and June 8th.

If you don’t have time (or interest) for an art exposition, it’s still worth stopping into the courtyard if you’re in the St-Paul district of the Marais to admire the architecture (there’s also a restroom directly off the courtyard, and a little coffee machine just inside the lobby of the library). Around the back is one of the lovely little municipal gardens, a modern take on the formal French gardens that would have been in vogue during the 17th century.

– Details about the library and its collections (French)