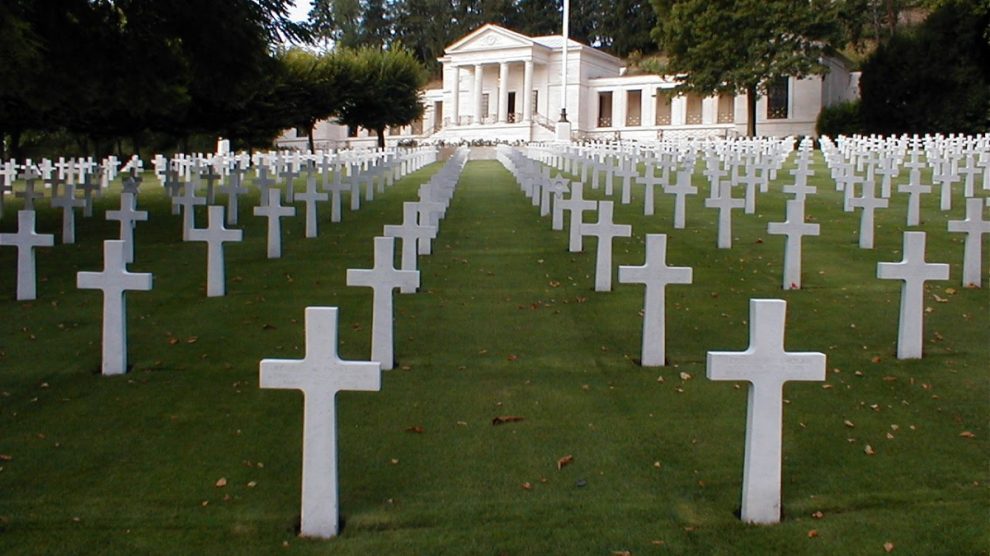 The Great War, now known as World War I, officially ended after four long years with the signing of the Armistice on November 11th, 1918. Commemorated each year as a national holiday in France, for 2018 there will be special events in Paris for the hundredth anniversary, including new monuments of remembrance, guided tours, exhibitions, concerts and conferences.

After four years of fierce fighting, nine million dead, including 1.4 million French, left behind 600,000 widows and more than one million orphans. A hundred years later, there are no longer any living “poilus” (which means “the hairy ones”, because the infantrymen were usually from the countryside, where big beards and moustaches were common), the last recognized WWI veteran from France having passed away in 2008 at the age of 110. Events for the centenary will not only pay homage to those who fought and died in WWI, but also how war affected the greater society at large and the many sacrifices the men and women of France during those difficult years.

November 8 – Ceremony for Guillaume Apollinaire, Père Lachaise Cemetery, 20th
Naturalized as a French citizen in 1916, the beloved author of “Pont Mirabeau” fought at the front in Champagne as lieutenant of the 96th Infantry Regiment. Weakened from shrapnel injuries, he died just two days before the Armistice on November 9th from the Spanish flu. A ceremony will be held around his grave with a reading of his poems by Parisian students. From 10:30am, Père Lachaise Cemetery (Guillaume Apollinaire’s grave at 71 rue des Rondeaux).

November 9 – Memorial Ceremony for Victims of the Explosion of 1915, Paris 13th
The mechanical engineer Louis Billant was commissioned to manufacture 100,000 units of a new type of powerful grenade he designed while serving in the Department of War Engineers. Despite the security risks, demand was strong, and production rose to 15,000 grenades a day. On October 20, 1915, the factory exploded, devastating the surrounding Butte aux Cailles neighborhood and resulting in 46 deaths and 97 injured, including many women who worked there. A plaque in their memory will be inaugurated at 11am at the same place where Billant’s factory once stood, at 168 rue de Tolbiac, 13th.

November 10 – Champ de Fleurs, Hôtel de Ville, 4th
Just before sunset (6pm), the square in front of the Mairie de Paris at Hôtel de Ville will be covered in 94, 415 flowers in memory of the Parisians who died during the Grande Guerre, and their names will be shown on a giant screen.

November 11 – Monument aux Morts Parisiens, Père Lachaise Cemetery, 20th
Almost every town and village in France has a memorial listing the names of the local men who died during WWI. There are nearly 30,000 of these war memorials built between 1918 and 1925, yet while you’ll see many throughout Paris (mostly in churches or gardens), until now there has never been one monument dedicated to all 94,415 Parisians killed in action. On the centenary of the Armistice, a new Monument aux Morts Parisiens inscribed with all 94,415 names will be inaugurated along the perimeter wall of Père Lachaise Cemetery at 5pm by Mayor Anne Hidalgo, next to the main entrance at Blvd de Ménilmontant. The monument, created by the artist Julien Zanassi, consists of 150 steel blue panels 280 meters long and 1.8 meters high. Free entry, but access limited during the actual ceremony.

November 11 – Arc de Triomphe
French President Emmanuel Macron, German Chancellor Angela Merkel and foreign dignitaries from all countries involved in WWI will meet at the Arc de Triomphe for a remembrance ceremony at 11am. There will be a solemn evening remembrance ceremony at 8pm. High security will restrict access to the Place de l’Etoile and the Champs-Elysées nearby.

November 11-13 – Paris Peace Forum, Grande Halle de la Villette, 19th
After the Arc de Triomphe ceremony, President Macron will lead 120 foreign dignitaries representing States that fought in the First World War, European institutions, the United Nations and other international organizations to the Halle de la Villette for the first session of the Paris Peace Forum, the first “annual meeting for projects, ideas and initiatives which effectively contribute to better international cooperation on key global issues, fairer and more equitable globalization and a more effective and legitimate multilateral system.” The forum is only open to those with prior invitations, journalists, NGOs, and the “hackathon” competitors.

Through November 30 – Centennial Caligrams, Square Laurent Prache, 6th
Guillaume Apollinaire’s “Poems of Peace and War”, a dozen sketches about Paris and the Grande Guerre, will be displayed on the fence of the Square Laurent Prache (north side of the Eglise St-Germain-des-Prés).

Through December 15 – Photos: Strategic Forests! & Soldiers’ Belongings, Hôtel de Vile, 4th
Two photo exhibitions are displayed on the railings of the Hôtel de Ville (along Rue de Rivoli) and the Caserne Napoléon (behind the Hôtel de Ville, rue Lobau), “The Entrenched Camps of Paris” by the National Forest Service shows how the forests surrounding Paris were used by the French military from October 1915 to build up the defenses of the city, including 350 km of trenches, shelters, artillery points, and what traces still stand today. “Objets de Poilus” showcases the personal belongings of the French infantrymen such as water bottles, lighters, knives, wood sculptures and other tiny artistic creations and personalized items created during the long hours in the trenches.

Through December 15 – Portraits of the Foreigner, Jardin d’Agronomie Tropicale, 12th
The little-known historical garden hidden on the east side of the Bois de Vincennes, the Jardin d’Agronomie Tropicale, is hosting an exhibit featuring archival images, post cards, identity documents and posters representing the hundreds of thousands of foreigners who fought for the French military in WWI: Senegalese sharpshooters, Moroccan and Algerian cavalry, Indochinese infantry and even Polish nationals trying to escape the Germans. The exhibit shows what the daily lives of these soldiers were really like both at the front and in Paris, and how they contributed to the war effort. You can also check out the ruins of the buildings dedicated to France’s colonial populations originally built for the Colonial Fair in 1907. Free entry, garden open during daylight 9:30am-6pm. Entrance at 45 bis avenue Belle-Gabrielle, 12th (RER A Nogent-sur-Marne is closest for walking).

You can peruse the free online database (available in English) of all soldiers killed in France in WWI, including those executed by the military police. Some even have scans of the actual death certificate: http://www.memoiredeshommes.sga.defense.gouv.fr/en/article.php?larub=78&titre=world-war-i

For those who want to dig into the stories, people and events surrounding WWI from a French perspective, as well as events taking place throughout France all year, check out the trilingual (French, English, German) website, La Mission du Centenaire 14-18: http://centenaire.org/fr