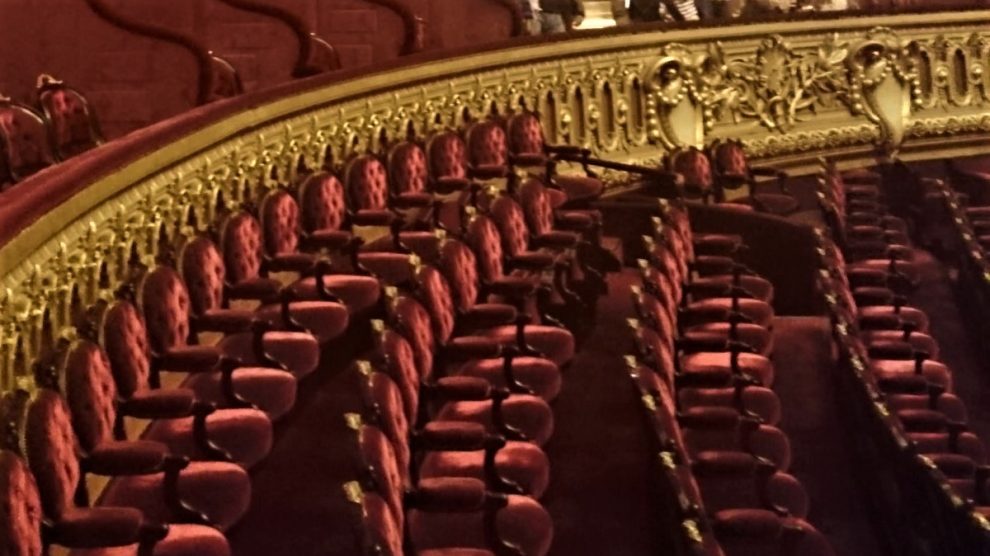 If you’re visiting Paris , try the Paris Voice or Gogo Paris, for entertainment listings focusing on the English-speaking community (ie theatre and literary readings in English) as well as major shows and exhibitions. Other Anglophone publications around Paris include Where Paris, and – more for students — Funky Paris and the FUSAC, all which can usually be found at English-language book shops (like WH Smith, Abbey Bookshop, or Shakespeare & Co), at Anglophone pubs around Paris (which will eventually be listed in the Nightlife section), and in some hotels.

Side note: Hotels also have a lot of crappy magazines that are there to target the tourists, with tons of second-rate “luxury” product ads crowding out the useless listings of restaurants, bars and clubs. I say useless because most of them just have the names and addresses, making it almost impossible to figure out where to go. If anyone tells you the Buddha Bar is the cool place in town to have dinner or a drink, run away, run fast…leave the tourist traps to the people who don’t know any better!

There are also plenty of web-only guides like Whats on When listing annual events like sports matches and classical music festivals as well as food fairs and arts exhibitions. The best part is they can be searched by city, month, theme or specific venue, along with star ratings for each listing and detailed contact information. It’s a great site to browse before arriving in Paris .

The bilingual Paris Tourism Office website lists festivals and major events such as the annual Techno Parade and Jazz Festival, as well as more family-friendly entertainment options such as zoos and circuses. Their nightlife descriptions are a tad outdated, though, and don’t have much in the way of descriptions.

If you can read French , you obviously have more options. The Pariscope (available weekly at any newsstand for under a euro) no longer has an English section, but it’s handy for the latest listings of movies, theatre, dance, and major concerts around town. The Figaroscope Magazine (every Wednesday with Le Figaro newspaper) is more selective with their entertainment listings of cinema, opera, theatre, restaurants, and family activities. Bar and clubbing listings are pretty reliably listed on Parissi.com and even in the free A Nous Paris newspaper that’s distributed for free in the metro every Tuesday. There’s a tiny magazine called LYLO that can be found in bars and concert halls around Paris with extremely detailed listings of every musical concert in the region. You can also call their hotline for info: 08 92 68 59 56.

Where to Buy Tickets

These are just a few generalist ticketing agencies. The Office of Tourism can only sell cabaret tickets, last time I checked. Theatre and dance (ie Paris Opera) tickets can’t be purchased there, so you’ll either have to get them at the venue, or from one of the major agencies listed here (usually a few euros reservation fee tacked on):

FNAC Billetterie is a chain of multimedia stores that also sell concert tickets (“billetterie”). There are locations around Paris, including in the Forum des Halles (1st), at the Place de la Bastille (4th), and 19 Avenue de l’Opéra (1st). Tel 08 25 02 00 20 (bookings by phone Monday-Saturday 9am-8pm )

Paris Billets.com Opera, theatre, nightclub soirées, cathedral concerts, etc. You can search by venue or join the “Club Privilège”. Pay online and pick up the tickets at the venue at least 30 minutes before the show.

Ticketnet.fr Sells tickets to major concerts, sports and events throughout France , which you then pick up in other ticket agencies at locations such as Virgin and supermarkets like Auchan, E. Leclerc, etc. A good back-up in case they’re sold out elsewhere.

Le Kiosque Théâtre To buy tickets half price on the day of the show stop by one of the two theatre kiosks located at Place de la Madeleine (8th) and Esplanade de la Tour Montparnasse (14th). Open Tuesday-Saturday 12:30pm-8pm and Sunday 12:30pm-4pm .