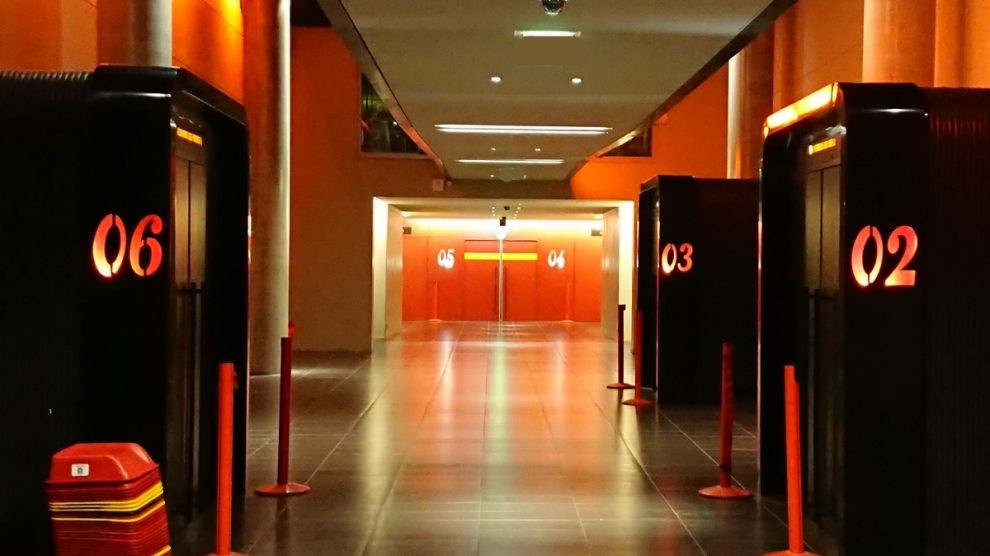 I’ve heard many times (and from reliable sources) that Paris has more movies showing at any one time than any other city in the world. That may be because of the proliferation of tiny, independent cinemas (some with only 30 seats in certain screening rooms) that specialize in the good ol’ classics (like the “Action” cinemas on the Left Bank ), foreign films, or quirky, independent films that show for just one day. Cinema addicts come to Paris just to go to the movies!

And I can’t blame them. Despite the proliferation of American-style multi-screen cineplexes in certain areas of Paris , there are still many historic theatres that are worth a visit no matter what’s playing. New films come out on Wednesdays. Listings can be found in the weekly Pariscope or the Figaroscope (at any newsstand, they come out on Wednesday). You can also search online at www.allocine.com.

For non-French films, be sure to check if they are shown in VO (shown in their original language with French subtitles), or VF (dubbed over in French without subtitles). The least expensive time to see a film in Paris is before noon , when most theatres have discount-price matinees. Beware: some only discount the first film of the day. There are also certain theatres that have Wednesday discounts, it helps to “shop around” since the difference in price can be high. You can reserve tickets online for many of the larger cineplexes, but be careful if you’re a tourist, because your credit card usually needs a European microchip to be able to claim the tickets at the cinema.

Most cinemas don’t open their screening rooms until right before the film starts, so if you get there early, be prepared to stand in a crowd waiting to get past the ticket checkers. In the smaller cinemas there are no ads, so the film starts right away. In larger cineplexes there are about 10 minutes of ads and previews before the film. The larger cineplexes will have snack bars, even air conditioning; the smaller art-house ones may have neither.

The Cinémathèque Française: 51 Rue de Bercy, 12th M° Bercy. Tel 01 71 19 32 00. Open weekdays except Tuesday noon-7pm (until 10pm on Thursdays) and weekends 10am-8pm. Screenings daily, see the website for the full schedule. This is where all self-respecting film buffs should head first. Housed in the contemporary Frank Gehry-designed building overlooking Bercy Park, the Cinémathèque is both a cinema museum (with a permanent collection as well as many temporary expos) and a theatre showcasing particular directors, periods, or styles from France and around the world. There’s also a cinema library and research center.

UGC Ciné Cité Cinema at the Forum des Halles, 1st M° Châtelet-Les Halles Tel 08 92 70 00 00. This cinemaplex is the largest in Paris , with 16 screens of varying sizes (the first three have extra large screens), showing current films in their original language. Monitors above the ticket booths show how many places are left for each screening. There are other UGC Ciné Cité’s at Bercy Village and La Défense (opened in 2006 inside the old Geode spherical cinema.)

UGC George V : 146 Avenue des Champs-Elysées, 8th M° George V Tel 08 92 70 00 00.This is the largest cinema on the Champs-Elysées, with historic mirrors and crystal wall sconces. There are two “salles prestiges” with balconies and digital sound. A very chic place to catch the latest flic.

Forum des Images : in the Grande Galerie, Forum des Halles, 1st M° Châtelet-Les Halles. Tel 01 44 76 62 00. The Forum des Images has one of the largest film libraries in France, with many rare films, French classics, and international films available for private viewing or as part of their regular screenings. There are also regular film festivals such as the popular Cinéma d’Animation (international animation festival). There are no listings in the Pariscope, so check the website or stop by to find out what’s on or to browse the movie catalog.

Le Lucernaire Forum : 53 Rue Notre-Dame-des-Champs, 6th M° Vavin or Notre-Dame-des-Champs http://www.lucernaire.fr Tel 01 45 44 57 34.  This cultural center has three cinema screening rooms, a theatre (where the Petit Prince has been running for 20 years!), art gallery, rare book shop, restaurant and bar, and a drama school. Definitely worth a detour, even if just for an aperitif at the bar.

L’Entrepôt : 7-9, Rue Francis-de- Press ensé 14th M° Pernety Tel 01 45 40 07 50. http://www.lentrepot.fr The Entrepôt is an arthouse cinema opened in a converted warehouse in 1977 by cinema fanatic and future French president François Mitterand. It houses three screening rooms, a bar and restaurant with one of the best garden terraces in Paris (see dining section for more info). Films are often followed by debates, and there are regular live jazz and world music evenings throughout the year.

La Géode : Parc de la Villette, 19th M°Porte-de-la-Villette Tel 08 92 69 70 72. http://www.lageode.fr This hemispherical theatre with a 10,700ft² screen uses OMNIMAX technology (larger than IMAX) which make viewers feel like they’re in the middle of the film (the reclining chairs aren’t bad, either). Films are made specifically for this format and run along the themes of nature and science, but not necessarily dry documentaries. Headphones for English translations are available for all screenings. It’s possible to get combined tickets for the Géode and the Cité des Sciences et de l’Industrie ( Science & Technology Museum ) next door.

The Studio Galande (42 Rue Galande, 5th M° St-Michel Tel 01 43 26 94 08. Tickets €10) has been carrying the torch for the loyal fans of the cult classic Rocky Horror Picture show since 1980, with screenings every Friday and Saturday night at 10pm. Don’t forget the rice!

Max Linder Panorama : 24 Boulevard Poissonnière, 9th M° Grands Boulevards Tel 08 36 68 50 52. It’s easy to walk right past the discreet façade of this once historic theatre, opened by the burlesque actor Max Linder in 1914. In the 1980s it was completely gutted and modernized with three seating levels, THX sound and a panoramic screen. All films are shown in their original version.

La Pagode : 57bis Rue de Babylone, 7th M° Saint François Xavier Tel 01 45 55 48 48. Tickets €8 (€6.50 on Mondays and Wednesdays). A pagoda in Paris ? It all started in 1895 when the owner of the Bon Marché department store purchased a pagoda in Japan and had it shipped to Paris , stone by stone, as a wedding gift to his wife. The marriage didn’t last, however, and in 1931 the beautifully-carved pagoda and its Japanese garden were transformed into a movie theatre, conserving as much of the original décor as possible. Try and see a film in the Salle Japonaise instead of the modern Salle 2.

Paris has two annual open-air cinema festivals each summer. The best known one is at the Parc de la Villette (every night at about 10pm except Monday, from mid-July through August; free entry, bring a blanket or rent a beach chair on site; schedule at www.lavillette.com), featuring classics and recent hits from around the world in their original language (including many English-language films). The Cinéma au Clair de Lune (from 9:30pm; chairs provided for limited number of people; www.forumdesimages.net) is another free festival that takes place in public squares and parks all over Paris in mid-August, showing films set in Paris.

Getting Jazzed in Paris