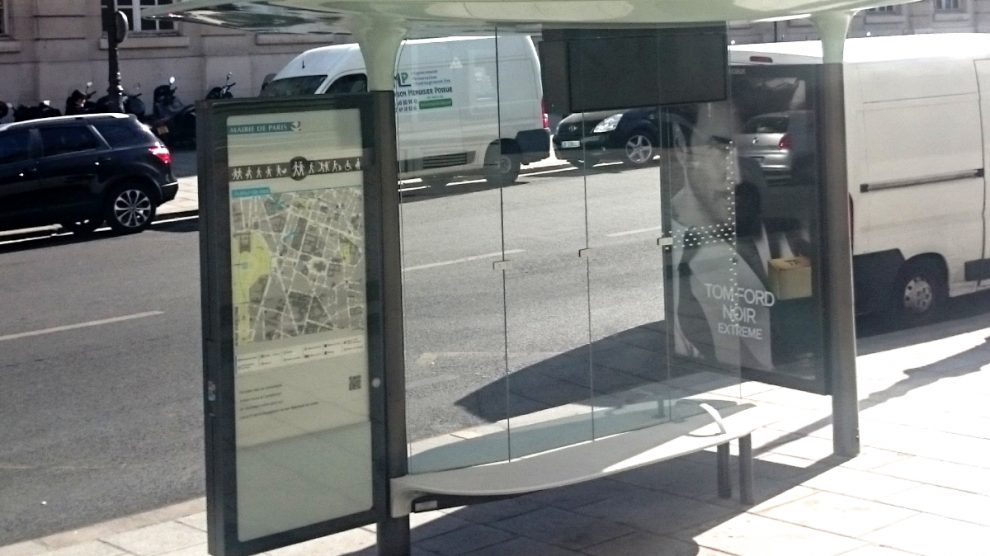 Paris has been steadily rolling out the sleek new bus shelters since the spring, and all 1850 of the old ones should be replaced by the early fall. Not only do the new AbriBus shelters (which are paid for by the billboard ad compay, JCDecaux) have easier-to-read signs, better digital signs displaying the waiting times, and free USB charger ports for when your gadget starts to lose juice (be sure to carry your charger cord with you), but some of them also have green rooftops, solar panels, and even touch-screen computers with searchable maps and nearby services and activities.

Not everyone is impressed. These are bigger, taller and brighter than the old ones (urban “eyesores” for some), and in order to allow wheelchair access some are only closed on two sides instead of three, which lets in more rain and wind. Here’s a detailed complaint on Slate.fr (en français).