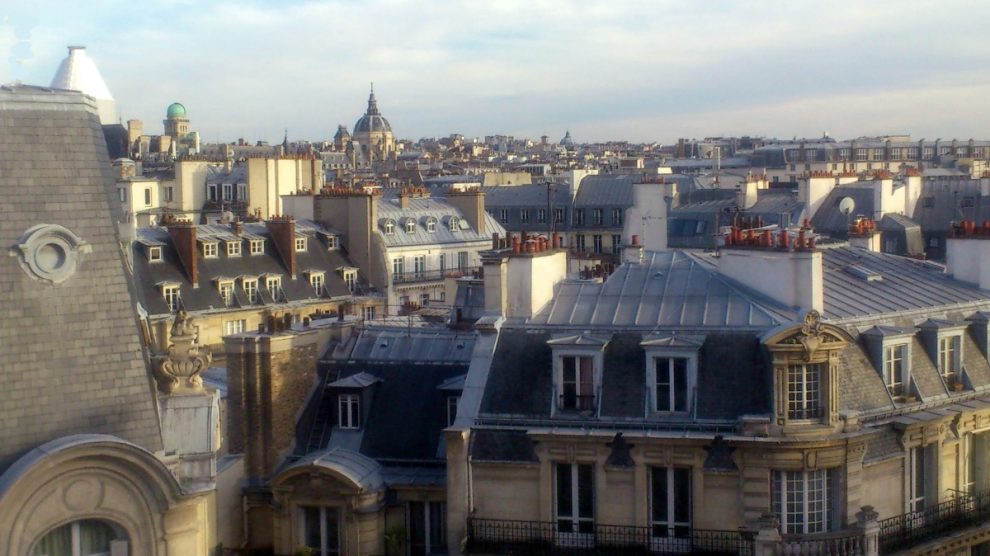 I’ve only ever lived in the 9th and 10th of Paris, but most of my tour clients never stayed in these areas. Moreover, the guidebooks I update all the time have very few worthwhile hotels to recommend in this area, a sort of no-man’s land between Pigalle and Montorgueil. Over the past few years, that’s started to change.

I checked out three properties recently that are worth considering if you’re looking to get away from St-Germain or the Champs Elysées. This part of town in surrounded by attractions – Montmartre to the north, the Opera to the west, the Canal Saint-Martin to the east, and Les Halles and the Louvre to the south. The covered passages and boutique-laden rue des Martyrs aren’t far from any of these addresses, so you won’t feel like you’ve flung yourself into some isolated corner of Paris. You’re in the heart of it all.

Geared towards independent travelers who appreciate design, ambiance, and service, these hotels won’t fit the bill for someone used to Le Bristol or Georges V, so you’ve been warned.

The Hotel Parister is tucked away on a tiny unassuming backstreet by the Folies Bergère. This repurposed office building now houses 45 rooms and suites, all decorated with no-frills furnishing, simple neutral colors and wood tones, and an accent wall unique to each room. Some rooms feature terraces overlooking the Parisian rooftops.

The room décor is simple and elegant, but I think you’ll forgive the simplicity while hanging out in the spacious, seafoam green-tiled bathrooms. Deluxe rooms and suites feature gorgeous bathtubs that basically require you to spend a night soaking with a bottle of wine and a few episodes of The Crown. Or is that just me?

In the morning, have your first coffee from a Nespresso machine in the room and then consider popping downstairs for some pastries, eggs, and fruit. Again, it’s simple, but the service is top-notch. The property also features an indoor heated pool, a fairly well-decked out gym, and various health classes during the week. Hang out in the hammam or schedule a massage if you’re feeling stressed. Families and those seeking true luxury might want to reconsider, but romantic types and those who appreciate elegance without too much fuss, you’ll find it here. And with their most basic rooms hovering around 200 euros per night, it’s a pretty good deal.

North of the Parister, Le Pigalle has comparable sizes of rooms, though the décor is a bit funkier. Loads of art hangs on the walls – from topless pinups and cityscapes to old tickets and original drawings – reflecting the old Red Light District of Pigalle. Put on a vinyl from your room’s collection of vintage albums and kick back before taking advantage of the nightlife all around the neighborhood.

Among the 40 rooms there are smaller rooms with bunkbeds for a budget option starting at under 200 euros per night. Families and more conservative travelers might want to pass this one over. But the more luxurious options feature a clawed-foot tub and views of Sacre Coeur, so there is romance to be had for couples.

The breakfast downstairs featured some of the best coffee I’ve had in Paris along with a homemade croissant that I loaded with fresh preserves. Even in the morning, the ground floor was abuzz with creative types meeting colleagues. It’s not the Pigalle I remember living in so many years ago. The kitchen is open all day long and features seasonal and local products – it’s worth a stop even if you aren’t staying here.

The Hoxton brand is taking over the world, adding Paris to its growing list of cities last year. Rooms will feel familiar to anyone who has frequented their London locations, but the views and a few exposed wooden beams give it a more Parisian feel. Families and anyone who requires lots of space should look elsewhere, but the Hoxton is a whole experience beyond the room.

Popular among hipsters with growing bank accounts and other young professionals, it’s the place to be seen. This little corner of Paris just north of rue Montorgueil is increasingly popular with new shops and restaurants opening all the time. You won’t get much space in the Shoebox, the Hoxton’s smallest option, but you can manage a room for under 200 euros a night if you’re lucky.

Get out of your room and down to the bar, Jacques’ Bar, or to the all-day restaurant, the Rivié, nestled in the glass-roofed courtyard. You can sip coffee in the lobby or at one of the many seating areas scattered around. Chances are you’ll bump into someone you follow on Instagram or some other creative type milling about waiting for an espresso.

Disclosure: The Parister and La Pigalle offered me complimentary stays as part of a project working for a travel guide. The Hoxton served me good coffee. I recommend all three independent of these factors.